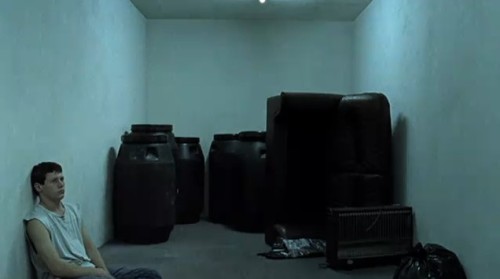 2010 was a great year for Australian crime film. In addition to the excellent Animal Kingdom, last year saw the release of the neo-noir Western,  Red Hill, and the gritty revenge flick, The Horseman.

While one can argue the merits and otherwise of aspects of these films, all three were highly original, energetic attempts to put an Australian face on some of key sub-genres of crime film.

Interestingly, all three were also made by first time directors.

This trend appears set to continue in 2011 with the yet to be released Snowtown, first time director Justin Kurzal’s take on one of Australia’s worst serial killing sprees, the ‘Snowtown murders’.

For those who need to be brought up to speed, the Snowtown murders, also known as the ‘bodies in the barrels murders’, involved the killing of 12 people between August 1992 and May 1999. The crimes were discovered when the remains of  8 of the victims were found in barrels of acid in a disused bank building in Snowtown, South Australia, a small economically depressed area 145 kilometres north of Adelaide.

The victims were killed, often tortured beforehand, on a whim for perceived infringements of Bunting’s personal code. They included friends and relatives of the killers. Usually, the victims social security and bank details were obtained and the murderers continued to collect their benefits after their deaths.

As a rule, I ‘m not usually a huge fan of true crime film, but if the menace Kurzal has managed to cram into this very short teaser trailer is anything to go by, Snowtown it looks pretty compelling. The vibe I get from it is similar to the 1998 Australian film The Boys.

Loosely based on another real life crime, the rape and killing of a young nurse in Sydney, The Boys focused on the 24 hours leading up to the crime, in which violent psychopath Brett Sprague (brilliantly played by Aussie actor David Wehnam), is released from prison and returns to his long-suffering mother’s house in Sydney’s western suburbs.

It’s been several years since I’ve seen The Boys, but I remember the ominous, claustrophobic feel produced as Speague, accompanied by a moody score by Australian jazz bad The Necks, prowled the interiors of the mother’s flimsy fibro house like a ticking time bomb, bashing her boyfriend, abusing his girlfriend, and winding up his two brothers. From the very first frame there’s a sense bad things are going to happen, that in no way detracts from the horror for the viewer when they do.

The Boys attempted to examine what kind of people would commit such a horrendous crime and the environment that would produce them. Snowtown looks set to cover similar terrain, hopefully with similar effectiveness.

Snowtown will premier at the Adelaide film Festival in late February. 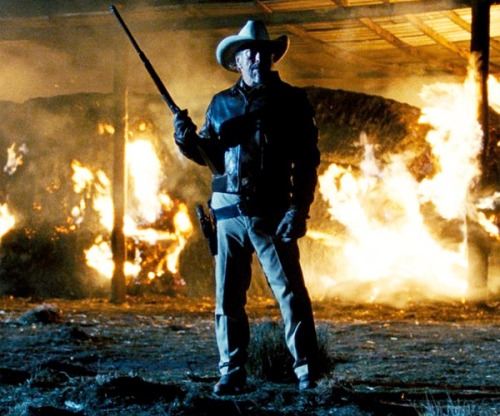 It doesn’t really matter. What’s important is it works, more than any other Australian crime film I have seen for a while (and, yes, that includes Animal Kingdom).

It’s only Cooper’s first day on the job, but already his boss, Sheriff Old Bill (Steve Bisely) is being an asshole, everyone is taking the piss out of him for being from the city and a mighty storm is blowing Red Hill’s way.

But the weather’s not the only thing about to turn nasty.

As Cooper walks into the police station to report for duty, a TV in the background is reporting that accused wife murderer and attempted cop killer Jimmy Conway (Tom E Lewis from The Chant of Jimmy Blacksmith) has broken out of a nearby prison.

Soon the town is buzzing with speculation that Conway is heading to Red Hill to exact his revenge on the man who put him away, Old Bill. The Sheriff puts together a posse of red necks and local businessmen to defend the town.

“We all know what we’re dealing with,” Old Bill intones as he passes out the guns. “Jimmy Conway rides into town, he’ll bring hell with him.”

The new boy in town, Cooper is assigned to protect the route into town judged least likely to be used by Conway. There’s no prize for guessing what happens. and soon Conway is rampaging through the town dispatching Old Bill’s men and unearthing secrets.

Hughes makes the most of the breath-taking location (the Victorian town of Omeo and its environs). The action is well-directed and fast paced. The soundtrack, part-Morricone, part Australian cock rock also works well with the material.

Casting Lewis as Conroy gives the role a certain gravitas, even if his role is a little too Terminator-like, and allows the film to cover some interesting plot territory. Bisely is great as Old Bill. Kwanten holds also his own.

The only disappointment is the complete under utilisation of van der Boom. She was great in the 2008 Australian film noir, The Square, but in Red Hill she gets absolutely nothing to work with.

It’s the one failure in an otherwise spectacular first film.